I photographed these butterflies (numerous photos below) last weekend at our family prairie.  Besides being very pretty, they and the flowers they’re feeding provide an interesting insight into the way biologists sometimes see the world. 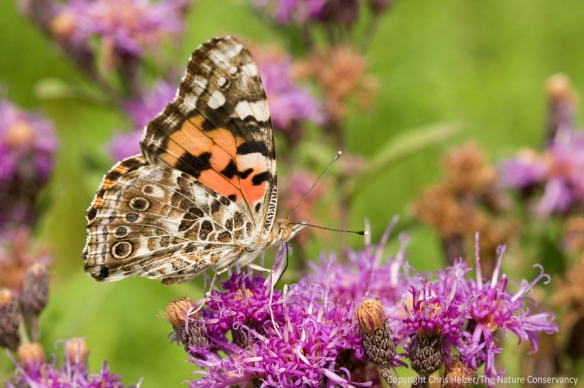 Painted lady butterflies are very common and ubiquitous species found on several continents.  They’re found equally often in prairies and urban gardens, so they’re considered to be habitat generalists.  There’s nothing wrong with painted lady butterflies, but they’re not as exciting for a biologist to see as, say, a Ottoe skipper, which is a rare butterfly that is restricted to native prairies.  There’s an extra thrill in seeing a species like that because of their rarity, but also because the presence of specialist species like the Ottoe skipper can be an indication that a prairie has sufficient size and ecological function to maintain even the most sensitive of species.  Painted ladies are very pretty, but don’t provide that extra little adrenaline rush for biologists. 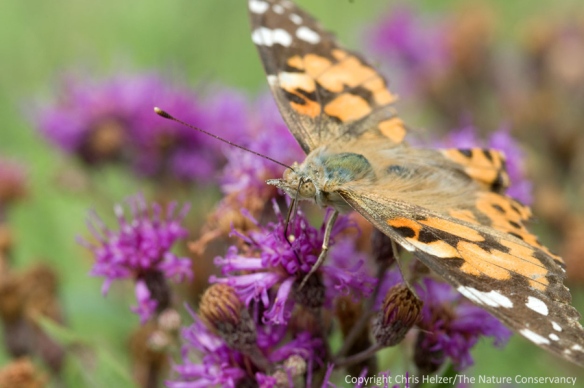 The butterflies in these photos are feeding on Baldwin’s Ironweed (Vernonia baldwinii) which is similar to the painted lady butterfly in terms of its abundance and generalist habits.  Ironweed is rarely grazed by cattle and so is common in prairies that have been chronically overgrazed to the point where most other wildflowers have disappeared.  It also moves across the landscape easily, so it is often found in old fields (crop land left idle) and other “weedy” habitats.  Many people, in fact, consider ironweed to be a weed, which isn’t really fair since it’s not aggressive at all – it’s just good at filling open space left by intensive grazing, tillage, drought, and other events that reduce the vigor of dominant prairie plants.  While ironweed can exist in prairies that are full of much more specialist and rare plant species, its ability to grow almost anywhere else as well means that its presence is not a good indicator that a prairie is in “good shape” ecologically. 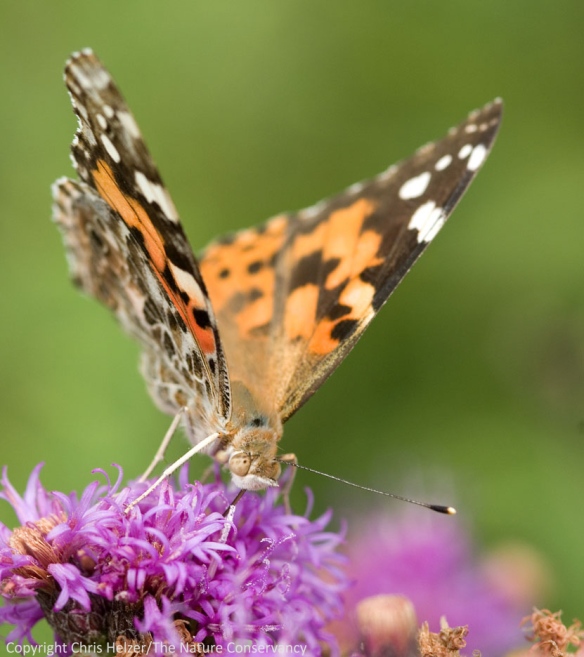 While neither painted lady butterflies nor ironweed are great indicators of whether or not prairies have a full complement of species and ecological processes, both are important components of prairies.  Ironweed can provide nectar and pollen, for example, in prairies that are missing most other wildflower species.  Similarly, painted lady butterflies can provide some pollination services in prairies that might be missing many other pollinator species.  In addition, both species are aesthetically pleasing!  Sometimes it can be hard for biologists to remember how valuable generalist species are – and to step back and enjoy their presence, rather than dismissing them as somehow less important or exciting to see than other species.  There’s clearly much to be admired about generalists.  They’re successful in a world that makes it difficult for many other species to survive.  What’s not to like about that?

Some people probably have a hard time understanding why biologists would have this almost dismissive view of generalist species.  Here’s my best explanation.  Few people would pay to go to a zoo full of species such as squirrels and robins.  Those species can be seen almost anywhere.  Zoos make money because they can show people species like polar bears, pandas, and crocodiles that can’t easily be found elsewhere.  That’s kind of what it’s like for biologists when we see generalist species.  It’s not that we don’t appreciate them (I like watching squirrels in my yard – except when they’re stealing apples from my tree) but we see them all the time.

One of the great things about being a photographer, as well as a scientist, is that I get the opportunity to see the natural world from two different perspectives.  Each helps balance and inform the other and, I think, makes me better as both a scientist and photographer. 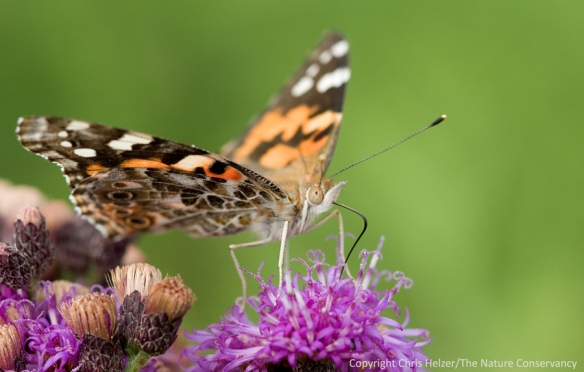 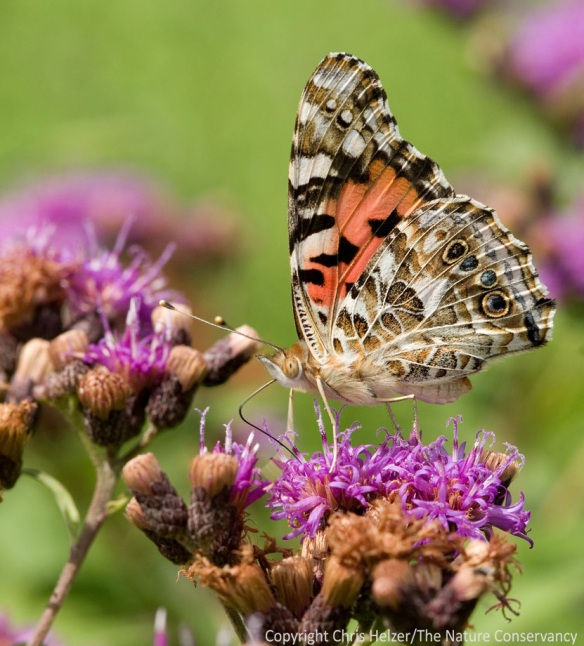 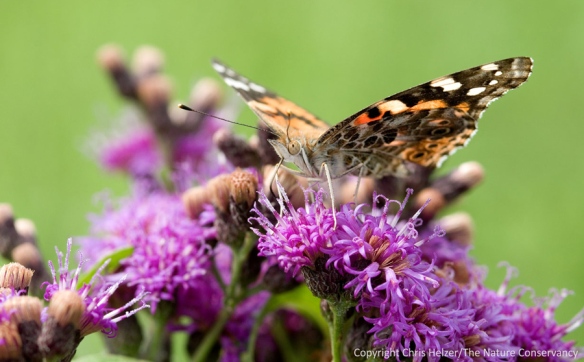