I usually shoot more than one composition of a scene or creature.  It’s fun to experiment, and hard to know what I’ll like best when I am reviewing images on my computer later.  Of course, having multiple choices is both a blessing and curse.  It’s nice to have a couple options to choose between, but sometimes I just can’t decide which I like best.  Last year, I asked for your help deciding between two bison images.  Many of you weighed in, but in the end, the vote was almost exactly split down the middle.  (Thanks for the help.)

Despite that, I’m going to ask for your input again.  This time, there are three pairs of recent photos I’m struggling with.  See what you think.  If you want to tell me which ones you like best, you can leave your vote in the comments section below.  (Click on the post’s title if you don’t see the comments section.)

This is a photo I used as part my “Photo of the Week” series back on July 24. I like it very much, but also like the next photo too! (below). We’ll call this Photo A. 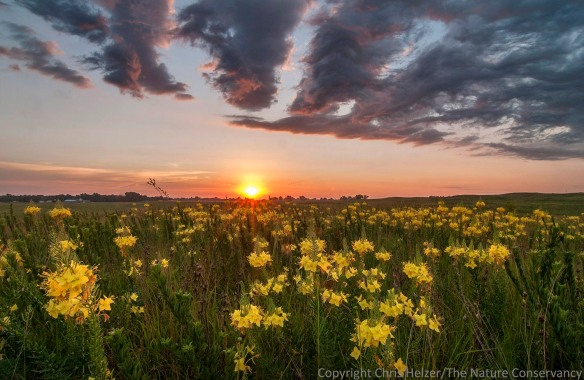 This photo was taken within just a few seconds of the one above. Which do you like better? This is Photo B.

This bee appeared in a post earlier this week. This is Photo C.

In this second version (Photo D), there is no anther blocking the view of the bee’s face, but the bee’s face is more in profile. It might seem like a tiny difference, but I think Photo D has a less personal  feel than Photo C. 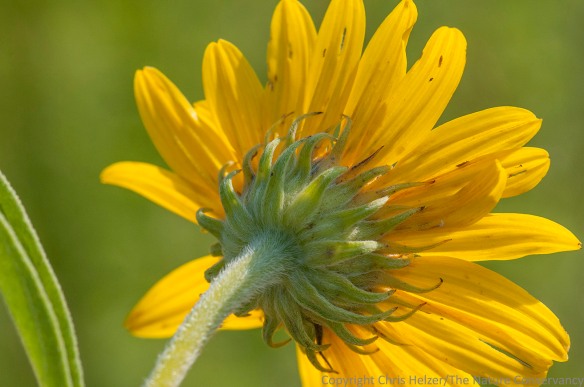 This photo of Maximilian sunflower blossom (from the “wrong” side) feels a little off-balance and includes a stray bit of leaf to the left.  This is Photo E.

This (Photo F) is a more conventional way to shoot a flower (though still from the wrong side). The composition is tighter on the flower and feels more balanced. The flower is “looking” out the right side of the frame, but placed a little to the left to compensate for that.  Despite all that, I think I like Photo E better…  Am I crazy?

Let me know if you have opinions.  If not, feel free to just enjoy the photos!