Do you suppose we’ll run out of wildflowers before the summer’s over?

I’m only half kidding.  With the extraordinarily warm winter and spring we’ve had, it seems like everything is way ahead of schedule this year, and I really do wonder what will happen as the season progresses.  Most wildflowers are blooming between two and four weeks earlier than average this year.  A few individual plants are even further ahead than that, including the switchgrass plant I saw blooming last week and the patch of flowering Missouri goldenrod I saw yesterday.  Dan Carter at Kansas State University wrote last week to say that in Kansas he’s seen big bluestem blooming – and even heath aster.  Now that’s just crazy. 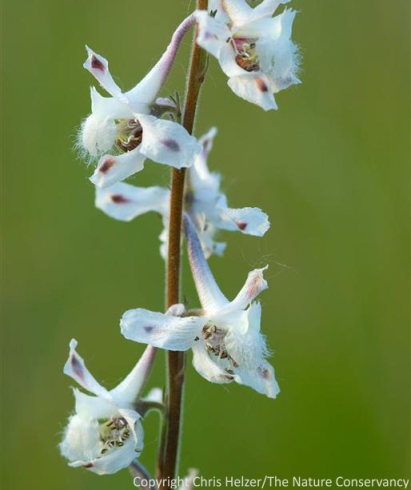 I photographed this prairie larkspur flower on June 18, 2009. This year, larkspur has already been blooming for a couple of weeks, and looks like it will be done before the 1st of June. 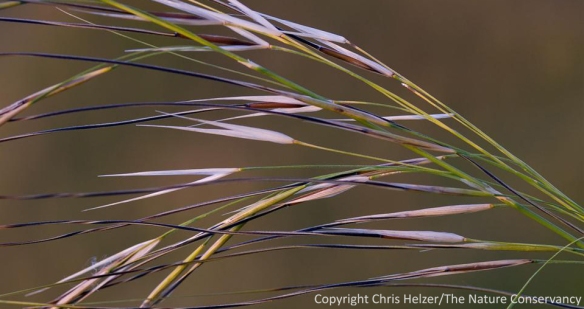 This photograph of porcupine grass was taken on the same June day as the larkspur photo above. This year, we’ll be harvesting porcupine seeds in the next couple of days, and it looks like much of it will have dropped by this weekend.

Here’s a partial list of plants I’ve seen blooming as of Memorial Day (May 28) 2012.  Some are a few weeks early, but others are much further ahead.

From the little I know, and from what I can see, insects seem to be trying their best to keep up.  The fruit trees in my yard are well-endowed with apples, pears, and cherries (we’re picking cherries a month early) so there must have been sufficient numbers of pollinators when those trees bloomed early.  Over the weekend, we picked and ate wild mulberries on the way home from a fishing trip.

Moths and butterflies that ordinarily migrate in the summertime were here in early May (or before).  Even the ones that live here are confused.  We saw several regal fritillaries last week that apparently pupated about a month early.  I’m hoping those were isolated cases, because I’m not really ready to start butterfly surveys yet! 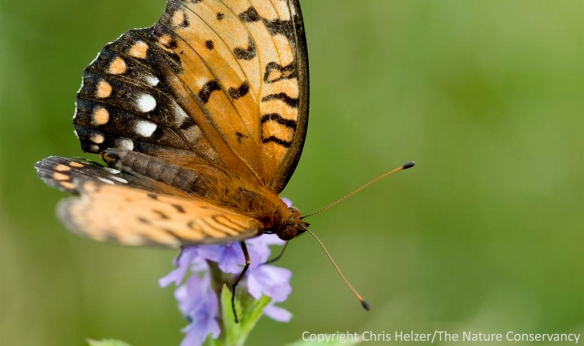 Regal fritillaries typically emerge in late June, but we’ve seen a fair number of males during the last week. It looks like we’re going to have to start our annual butterfly surveys about a month ahead of time.

So to return to the initial topic, what’s going to happen later in the season if everything is this early now?  Will each species flower for a longer period than usual?  Will many plants bloom twice in the same year?  If they rebloom, will their pollinators be around to pollinate them?

I’ve got lots of questions, but not many answers.  How about you?  I’d also love to hear from others who have good examples of early flowering or other interesting observations.

14 thoughts on “Ahead of the Game”