Assassin bugs are one of many fascinating insects most people haven’t heard of.  This one was hunting in Sarpy County, Nebraska a few weeks ago.  Assassin bugs are active hunters, but this one was sitting stock still for the few minutes I was photographing it.  I’m not sure if it was waiting for prey or just trying to hide from me, but I liked the pose very much. 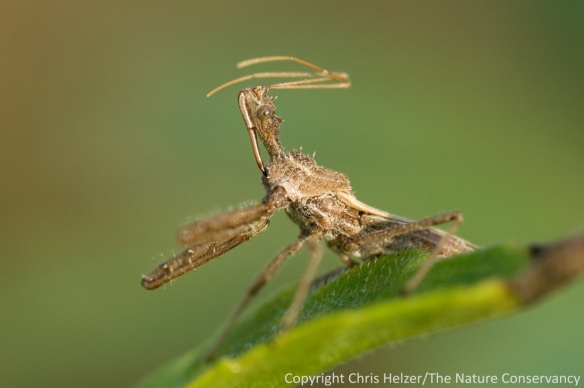 Like spiders, assassin bugs inject venom into their victims, both paralyzing and liquefying them.  Then they suck the insides out of the hapless insect.  It’s interesting to me that these two groups of invertebrates (spiders and assassin bugs) independently developed similar strategies, even though they are not closely related.

The University of Kentucky has a fantastic entomology website, and has excellent information on assassin bugs, if you’re interested.