The sun finally reappeared this week after what seemed like a month of absence.  I figured the best way to celebrate the end of dreariness was a couple of prairie hikes. I started by wandering along a creek at our Platte River Prairies to see what the resident beaver family had been up to.  Green sunfish slipped in and out of hiding places in the deep pools behind beaver dams, but little else was moving in the water.  Later, the sound of frantic chirping turned my head in time to watch a sharp-shinned hawk just miss its prey.  I couldn’t tell what kind of bird the hawk was chasing because it didn’t stop flying until it was out of sight.  I also caught a quick glimpse of a small mouse scooting through the thatch, spotted a perched eagle in a far off tree and flushed a small flock of mallards from an backwater wetland.  Not a bad way to spend an afternoon!

Later in the day, I stopped at our family prairie and roamed around until the sun went down.  As the sun dropped, its warm light illuminated the golden brown prairie and I managed to take a few photographs – something I’ve not done much of lately.  Here are a few of those photos. 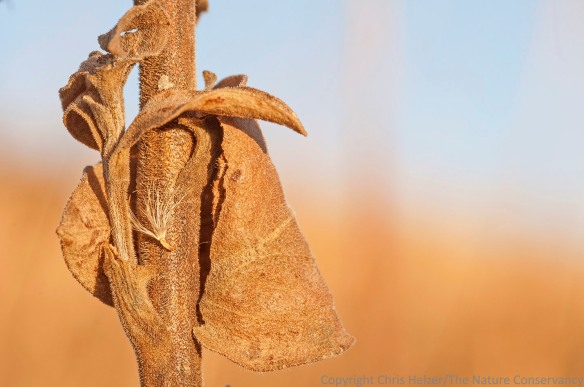 A stiff goldenrod seed is stuck in the velcro-like hairs on the stem of a plant of the same species. Helzer family prairie, Stockham, Nebraska. 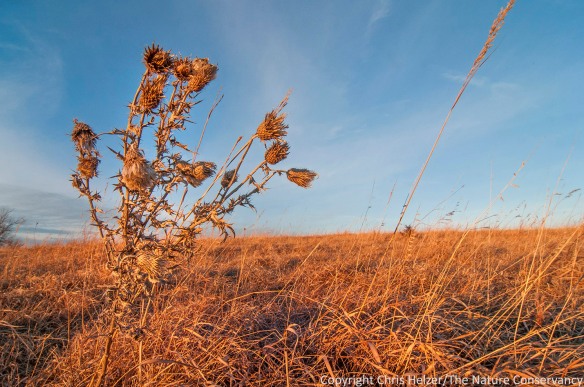 A Flodman’s thistle (native species) stands out against the sky. 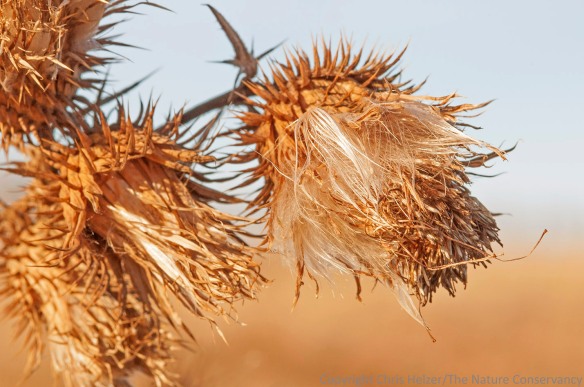 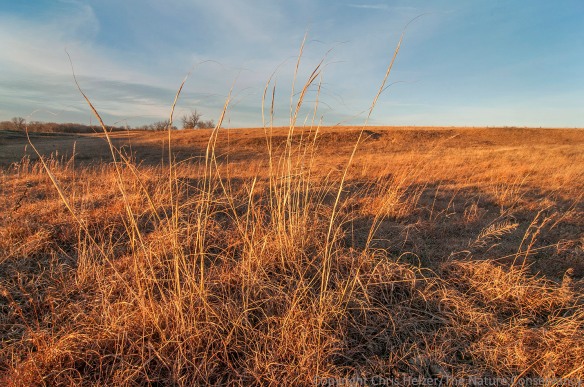 A stand of stiff goldenrod and mixed-grass prairie.

Happy Holidays, and best wishes for your New Year!