“Those weeds are really taking over my pasture!”

I cringe when I hear that sentence because it’s often a precursor to broadcast spraying of herbicide and the subsequent loss of most plant diversity in a prairie.  That’s really bad.  What’s most frustrating, however, is that the sentence is rarely true.

The ragweed in this pasture is not acting aggressively.  It is filling spaces left open by grasses weakened by intensive grazing.  Within a year or two of this photo, this site was dominated by big bluestem.

It’s easy to understand how a landowner would look at a pasture that is visually dominated by ragweed, buffalo bur, snow-on-the-mountain, hoary vervain, or a number of other weedy plants and think those plants are aggressively pushing grasses out of the way.  In almost every case, however, the opposite is true.  Grasses are usually the bullies of the plant community, and only when they are suppressed by fire, grazing, or some other pressure do the “weeds” thrive.

There are a few weeds that can out bully grasses, of course.  Leafy spurge, crown vetch, and sericea lespedeza are good examples in the central United States.  They seem to be able to invade and spread regardless of the vigor of grasses and other competing plants.  Landowners should absolutely work to control those aggressive perennial species before they get a foothold across large areas.

Leafy spurge can be a serious threat to prairies and should be dealt with quickly to prevent it from spreading throughout a site.

However, while there are some important exceptions, most pasture weeds are more opportunistic than aggressive.  Opportunistic plants don’t compete well with grasses or other perennial plants when those plants are at full strength, but can move quickly to fill spaces left between plants that are weakened by intensive grazing or drought.  Many opportunistic species are short-lived, and produce huge numbers of seeds, and those seeds sit in the soil waiting for a chance to germinate and grow.  When the tops of grasses are grazed off, the roots below shrink up as well, creating the perfect opportunity for seeds to germinate and new plants to establish.

The majority of those new plants will survive only as long as the vigor of the surrounding grasses remains low.  As those grasses recover, they regain their advantages, both above and below ground.  Annual plants may bloom and drop more seed, but those seeds have to wait until the grasses are weakened again before they can germinate and grow.  Perennial opportunistic plants might stick around a little longer, but most of those will also lose out to recovering grasses because of their poor competitive ability. 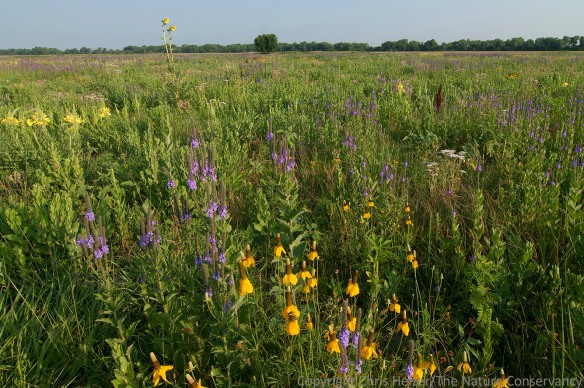 These “weedy” species are filling in while grasses recover from a grazing bout. In the meantime, the hoary vervain (purple) and upright coneflower (yellow in foreground) are providing important pollinator resources and great habitat for other species, including insects, reptiles, and brood-rearing habitat for birds like northern bobwhite.

There’s an easy way to find out whether or not the “weeds” in a pasture are aggressive or opportunistic – build an exclosure or two to keep grazing out for a year or more.  If the grasses within those exclosures regain their vigor and dominance, you’ll know it was the grazing pressure that was creating opportunities for weeds.  If the weeds continue to dominate the area inside the exclosure for a couple years (assuming you’re not in the middle of a drought that is keeping those grasses down), you’ll know that either the grasses have been debilitated to the point of no return or the weeds are truly aggressive and in need of control. 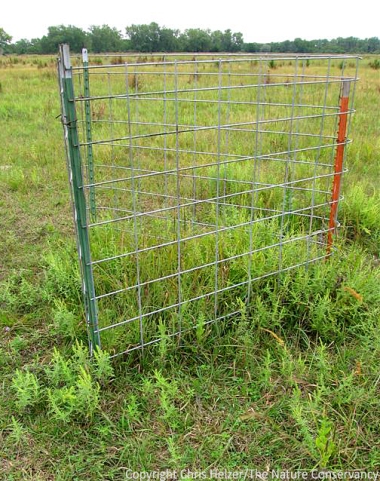 Even a small and simple exclosure can help determine whether weeds are suppressing grasses or just taking advantage of grasses already weakened by grazing.

As a final note, it’s important to understand that grazing hard enough to suppress grasses and allow weedy plants to flourish temporarily is not at a bad thing.  Ecologically, the habitat conditions created by those tall weedy plants are critically important for many wildlife species, including upland game birds.  Many important wildflowers also benefit from the opportunity to reproduce during short periods (a year or two) of weakened grasses.  As long as the grasses are allowed to recover before they are intensively grazed again, they’ll be fine, and the wildlife, pollinators, and plant diversity of your prairie will all benefit from the temporary reprieve from grass dominance.  Shifting intensive grazing and subsequent rest periods around a large prairie, especially when those grazing/rest periods are a couple months long or longer, seems to be a great strategy for maintaining prairie health.

Opportunistic plants suffer from a public relations crisis.  While they are scorned by most people, these valuable plants are doing exactly what they’re supposed to do.  They are the temp workers of the plant community – the substitute teachers, backup quarterbacks, and house sitters that keep prairies humming along when dominant grasses are on sick leave.  By filling spaces between temporarily shrunken grass plants, opportunistic plants can help prevent the truly aggressive weeds from easily gaining a foothold.  They can also provide much needed habitat for wildlife and pollinators.  Ragweed, hoary vervain, and buffalo bur aren’t the villains of the story at all – they’re the heroes!  We just have to get used to seeing them that way.

22 thoughts on “Aggressive Weed or Opportunistic Plant? It’s Good to Know the Difference”