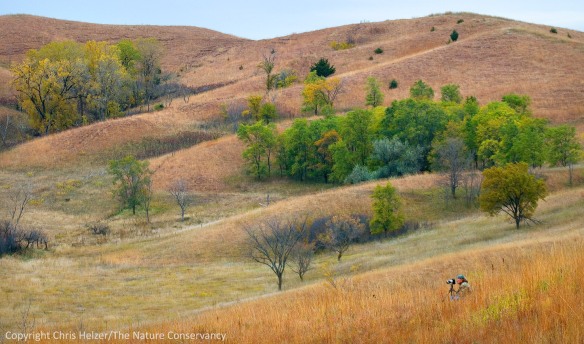 Conservation photography can be a lonely profession, but plays a critical role in conservation. Ty Smedes at The Nature Conservancy’s Broken Kettle Grasslands – Northwest Iowa.

In some ways, photography is getting easier, and it’s certainly accessible to more people than it used to be.  Today’s cheap digital cameras have many features that, just a few decades ago, were found only on very expensive high end cameras.  As a result, novice photographers can often capture great photos from situations that used to flummox the most veteran of photographers.  In addition, of course, nearly everyone carries a camera with them, nowadays – most often in their phone – so being in the right place at the right time (with a camera) is a much more common occurrence than it used to be.