Late last week, I found myself driving through the middle of the Nebraska sandhills as the sun was getting low in the sky.  I decided to stop and check out a small federal wildlife management area to see if I could find anything to photograph.  I had noticed the sign for the site on previous trips, but had never taken the time to drive up the winding road to see what it looked like.  This seemed like as good a time as any to give it a try.

As it turned out, the place was kind of a mess.  In the middle of the twelve million acres of beautiful, ecologically-intact sandhills prairie, this refuge was dominated by invasive species such as narrowleaf cattails, reed canarygrass, and smooth brome.  The area had obviously been farmed in the past, and had apparently not recovered gracefully. 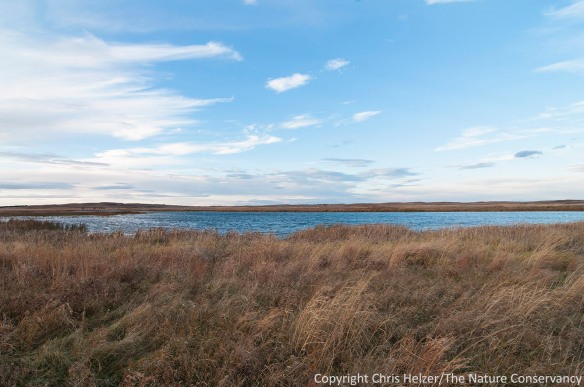 The mess.  A lot of non-native plants around a wetland.  Oh, and the light was drab and it was really windy.  If you look hard, you can see a couple native grass plants here and there.

I wasn’t sure this was going to work out as a photography location.  A big open-water wetland surrounded by invasive plants?  To make things worse, the sun was behind a big dark bank of clouds, and the wind was howling at about 35-40 miles per hour…  On the other hand, there wasn’t really time to get anywhere else before dark, and there was a promising-looking thin slice of blue sky between the cloud bank and the horizon.  I decided to stick around and see what happened when the sun reached that sliver of sky. 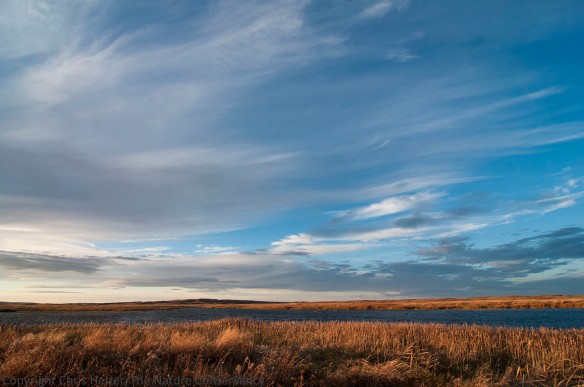 The site looked very different when the sunlight burst through the clouds.

The light, when it finally appeared, was worth the wait.  The low angle of the sun bathed the whole scene in beautiful orange light.  Now I had to get past my purist snobbery about native vs. invasive plants and force myself to think only about light and composition.  Sure, the landscape was covered with invasives, but the light was wonderful and there were interesting photographs to be made. 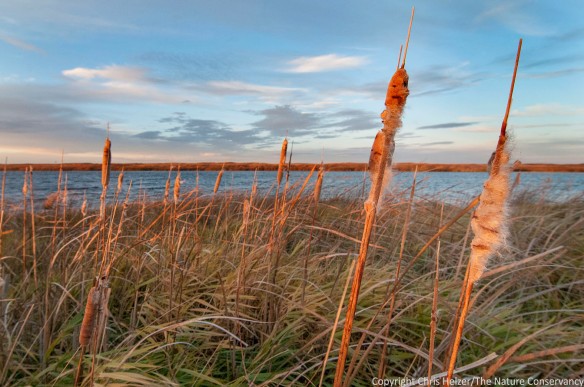 Invasive narrowleaf cattails surrounded the entire wetland (with a reed canarygrass understory). But they WERE really pretty in that light!

Because of the wind, everything was whipping around like crazy, so I had to bump up my camera’s ISO and open up the aperture (apologies for the photography jargon) in order to freeze the action.  The tradeoff, of course, was a shallow depth-of-field, so the backgrounds of my photos were all out of focus. 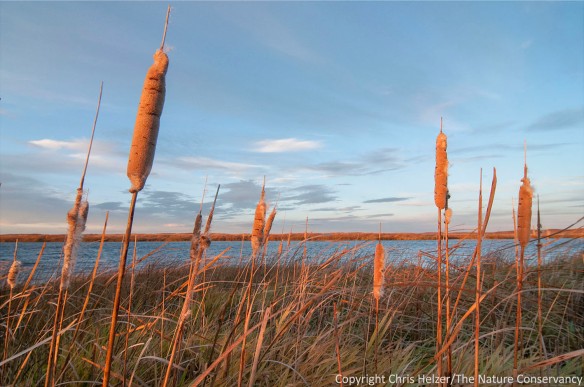 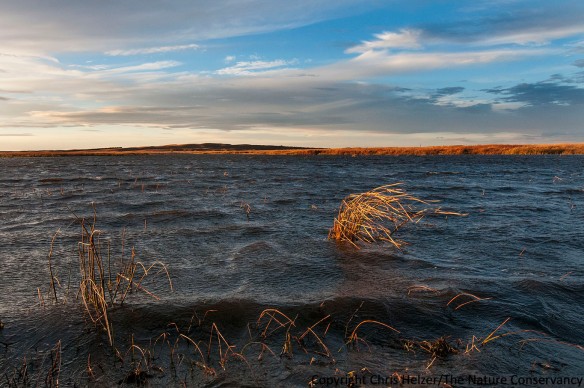 Even on this relatively small wetland, the wind was strong enough to whip up some pretty big waves.

As the sun approached the horizon, the light intensity eventually dropped to the point where I could no longer get the shutter speed I needed to freeze the blowing plants.  To compensate, I pointed the camera toward the setting sun (don’t try this at home, kids), and tried to silhouette a few plants against that light, which allowed me to use a faster shutter speed. 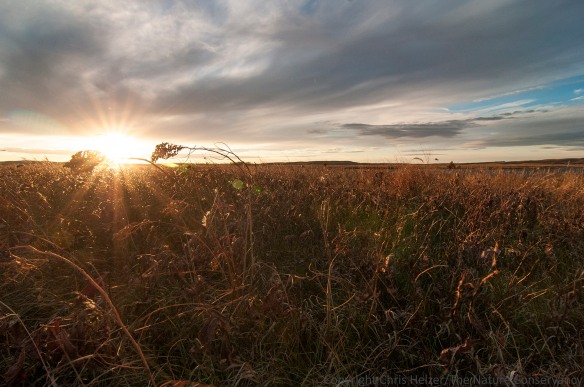 Pointing toward the sun to take advantage of the light intensity and freeze the blowing plants. 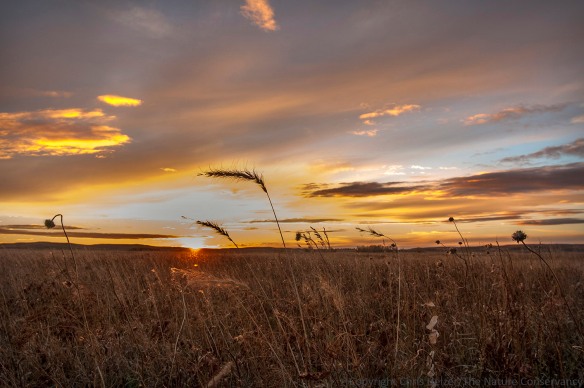 Look! A native plant! (Not that it matters, photographically…) Canada wild rye silhouetted against the setting sun. 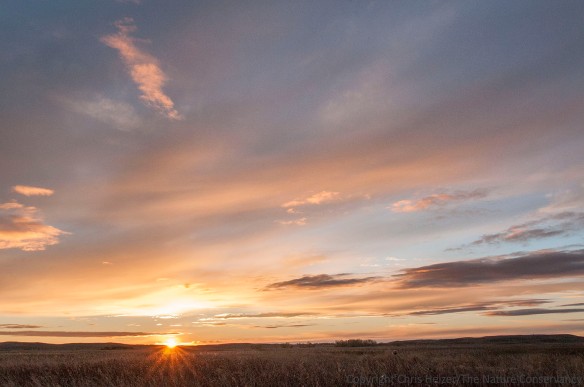 The clouds were very pretty as the sun hit the horizon.

Overall, I’m pretty pleased with the photos I got from that twenty minutes of light.  At the very least, it was good for me to get out of my photography comfort zone.  For one thing, I don’t usually attempt landscape photography in 35 mph winds!  I also need to get better at embracing the beauty of an area even when it is ecologically degraded.  First of all, it’s important to photograph those kinds of areas to showcase the conservation challenges we face.  More importantly, if I only photograph places that are in great shape, that really limits the places I can take my camera! 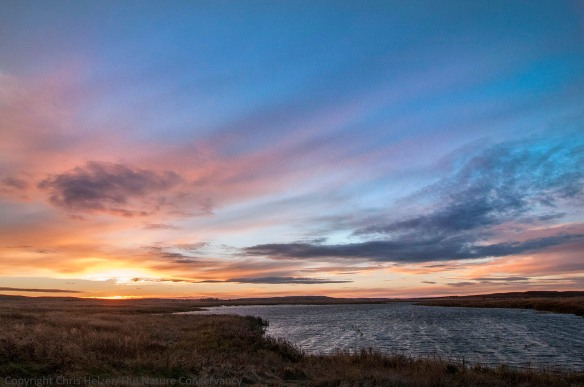 I probably won’t come back to this particular wildlife area anytime soon.  There are plenty of other sites in the sandhills that are more interesting and attractive as photographic locations.  On the other hand, I’m not sorry I stuck around last week.  It was a good reminder that beauty can be found anywhere, even in the middle of a bunch of invasive weeds.